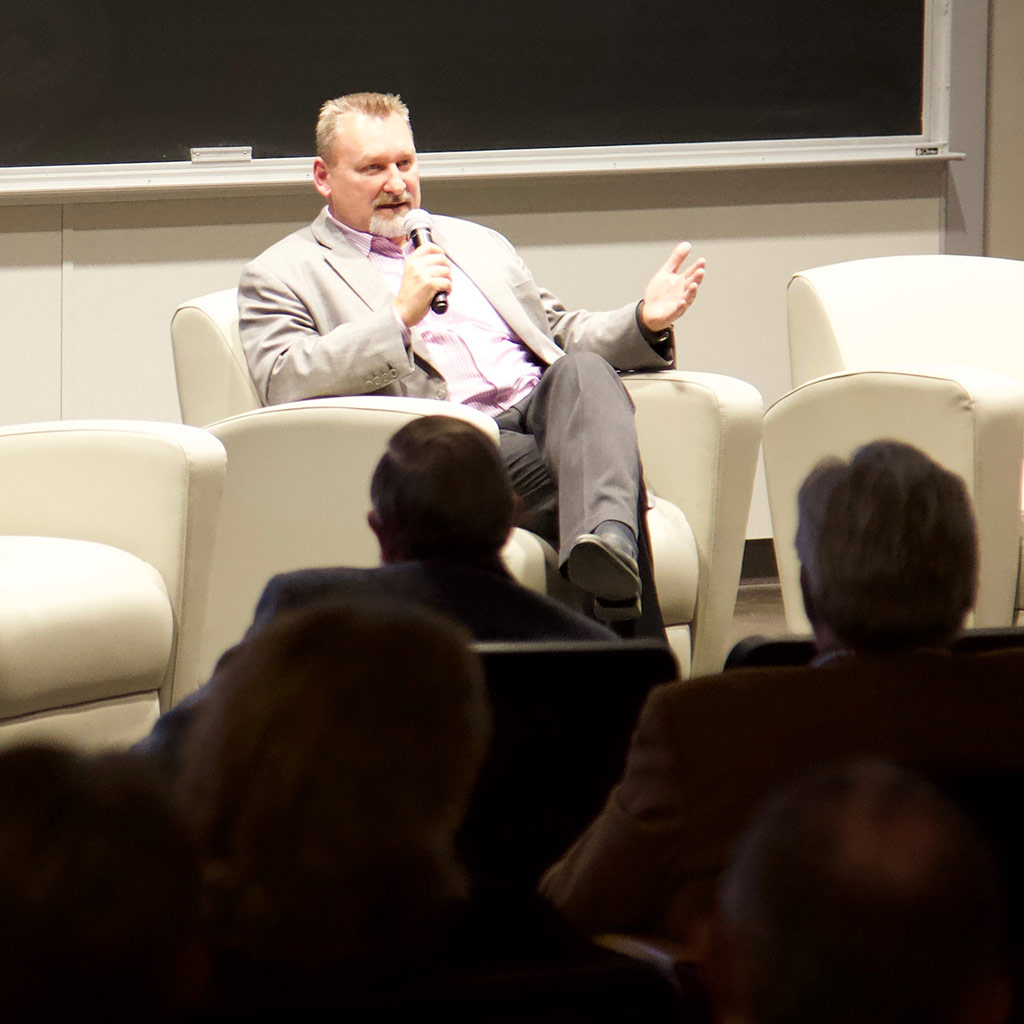 It is unusual to hear someone compare a treatment for cancerous tumors to paint-by-numbers. It also is unusual to learn that someone who dropped physics in college went on to know a whole lot about nuclear physics. But Jim Metz ’89 is unusual.

Now the Henry K. Pancoast Professor of Radiation Oncology at the University of Pennsylvania and chair of radiation oncology at Penn’s Perelman School of Medicine, Metz also leads the world’s largest proton therapy center for use in integrated cancer treatment. Or, to use Metz’s metaphor, a global center for attacking cancerous tumors the way one might go after a paint-by-numbers picture.

Proton therapy involves using extremely accurate proton beams—beams that cover only a fraction of a millimeter—to deliver radiation to tumors and destroy them. The machines that generate the beams can weigh dozens of tons and take up enormous space.

Such therapy is not always the best choice for every tumor, for various reasons, but it is particularly helpful for cancers in children. Metz specializes in gastrointestinal cancers and uses the therapy for those cases. Because of their precision, and because the technology can deliver the beams from any direction, the treatment minimizes damage to adjacent healthy cells and tissues.

“It’s so accurate it’s like paint by numbers on a tumor,” Metz says. “I can target that beam exactly where I want it, and keep it from where I don’t. Then I can cover the tumor with radiation and minimize the need for much chemotherapy.”

While Metz now understands the phrase laser focus at a level higher than most, he did not always have such focus.

Jim Metz arrived at Juniata in 1985 from Cherokee High School in Marlton, N.J. He intended to earn his education to pursue a career in physical therapy and to play football. In that order.

The captain of his high school team, Metz was recruited heavily by then-coach Rob Ash to be part of an impressive Juniata squad. During his years at Juniata, 9-2 seasons were the norm.

“When I spent the weekend at Juniata I got to understand culture and people and felt very welcome, incredibly warmed,” Metz says. “It’s a little surprising but it’s really the same feel now as what it was. The mix of getting a great education and playing sports really called to me.”

Metz says football showed him that working in a team environment would suit him. He learned how to rely on others to achieve the best outcomes. It translated to what he does now with cancer care. In many ways, football turned out as he expected. The rest of his education? It colored outside the lines.

For one, Metz was so busy pursuing various interests that he made the decision to drop his physics class. Sure, physics was important, but given his aspirations in medicine, was it really necessary?

The radiation oncologist says, “I ended up taking physics after Juniata and now I’m an expert. You never know what turns your path will take.”

He also did not foresee that he would run one of the largest websites in the world for cancer researchers and healthcare providers. Started in 1994, OncoLink was the first cancer site in the world, launched the same year that the Internet opened to the public. As Internet-enabled technologies grew, OncoLink also grew beyond being simply a website. OncoLink creates content for electronic medical records, virtual-reality training, telemedicine, and more.

And over time, Metz’s professors at Juniata became more than just teachers.

“I had a good understanding that I wouldn’t be a number but would get great advice and access,” he says. As was the case for many students entering medical fields, that great mentoring came most memorably from Deb Kirchhoff-Glazier, then a somewhat new professor directing the health professions program.

“I think about her because I went to grad school and then med school a few years later,” he says. “I had to reach back to find med school recommendations. Deb remembered me right away, was happy to do it—and we did all this through snail mail and phone calls.” They were not seeing updates from one another on Facebook. “She helped and still remembered me. I was able to tap back in. And I still am.”

Most recently, his decision to “tap back in” has led to helping current students. He returns to Juniata to lecture for health professions students and answer questions about his work at Penn and with OncoLink. For the last several years, he has hosted undergraduates considering radiation science at the lab at Penn in the summer between their junior and senior years.

Most recently, senior Isabella Amaniera ’19 visited and worked in the lab for the summer. “Isabella is fantastic. She is so far ahead from where I was,” he says. “What she and others are doing at Juniata is so intense now—it’s a different world.”

For many years, Metz also made gifts to Juniata to help students. “I went to Juniata from a blue-collar, middle-class background, and somebody else gave a gift so that I could go,” he says. Now, he has taken the step to create an enduring gift by endowing a scholarship, one specifically aimed at supporting students in the sciences.

“As I was making gifts and getting to meet students, I was so impressed with what they were doing,” Metz says. “At the same time, I was getting to a position to do something more enduring. I spoke with the development office and I am glad I did.”

Most recently, Metz spoke to a packed house in Alumni Hall at the kickoff events for the BELIEVE campaign, highlighting the importance of Juniata’s culture and the powerful impact it has on students during their time on campus and through their lives. He stressed the necessity of committing to growing that culture.

“The culture is still there,” he says. “It’s brought me back in and it’s made me feel really good to help others. It is so important to pay it back to help others. That’s how this kind of thing grows.” 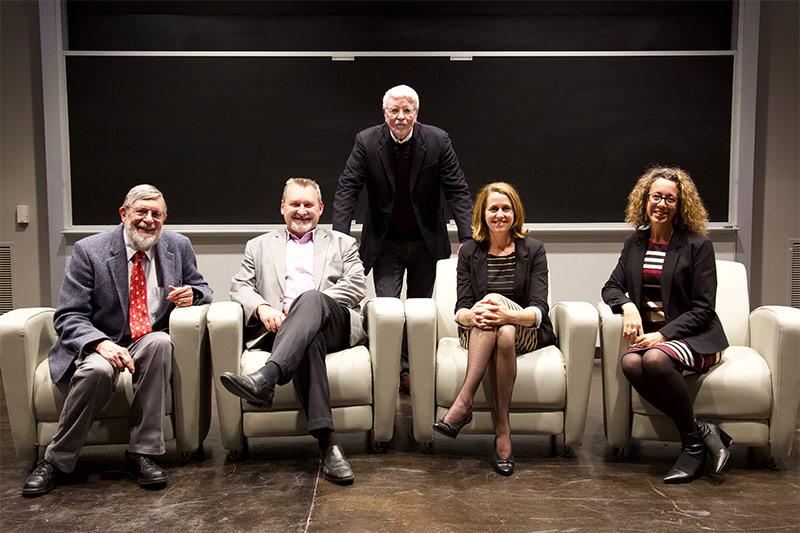 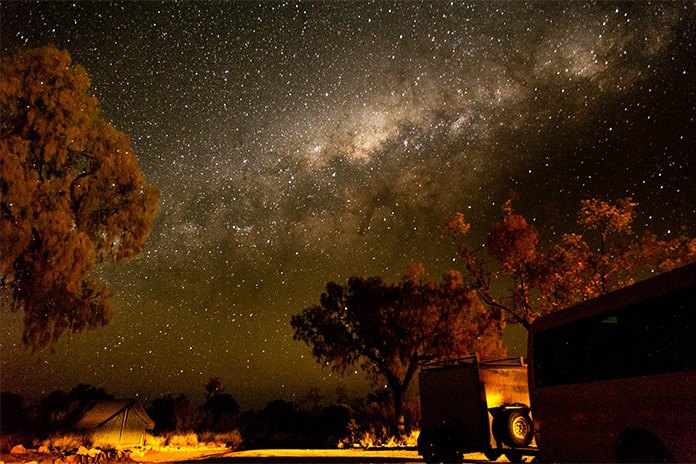