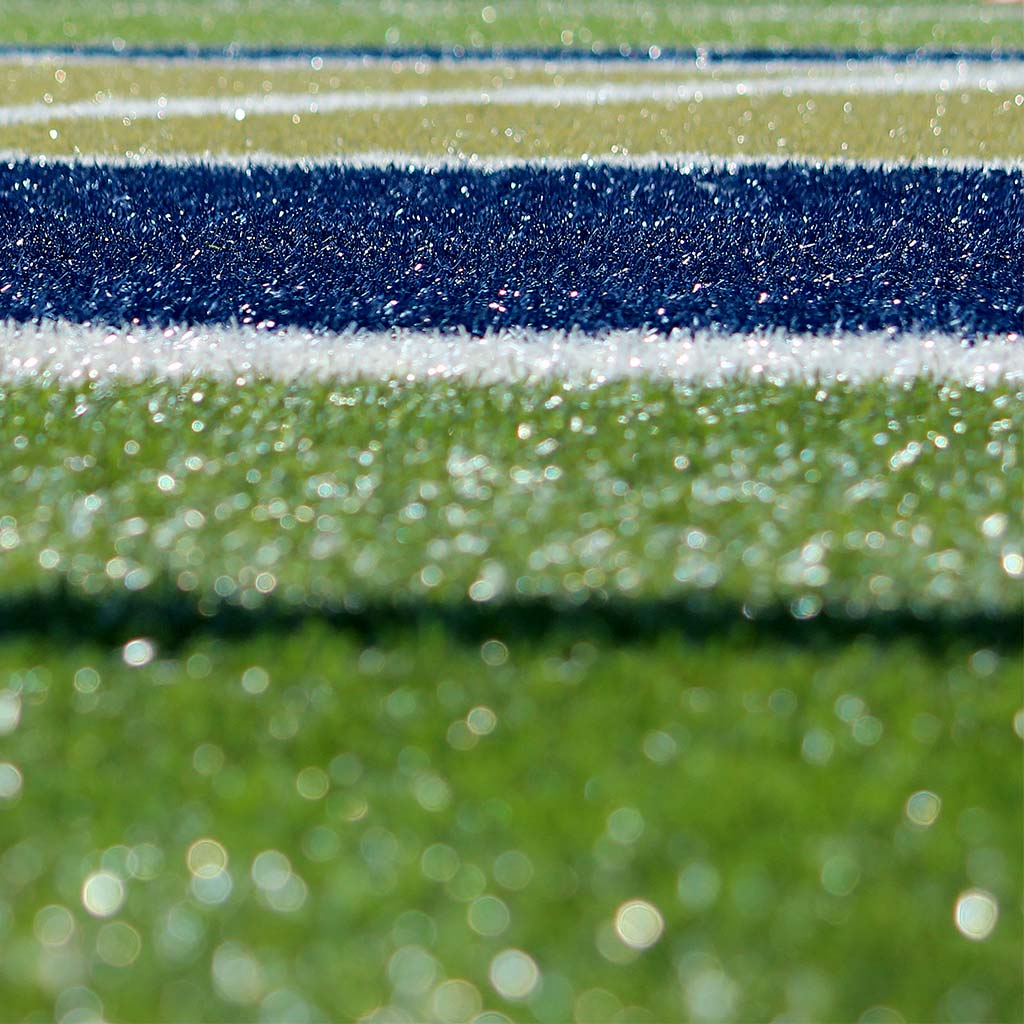 Overlooking Knox Stadium, a new memorial has been dedicated to the memory of Coach Steve Hayes.

Overlooking Knox Stadium, a new memorial has been dedicated to the memory of coach Steve Hayes.

A new memorial, which graces the corner of Oneida and 17th streets above Knox Stadium at Juniata College, was dedicated on Saturday, Sept. 29 to honor the late Steve Hayes, a dedicated local football coach who passed away Dec. 29, 2016.

Placed at the intersection of campus and community, the memorial is topped with a carving of an eagle poised for flight as a fitting tribute to a man who worked hard to help his players—both college and high school—soar on and off the field.

“He was one of our coaches and one of the members of our family here,” said Juniata College President James Troha. “As you think about it, being at an intersection here, it is reflective of what he meant in our community.”

The memorial came about through the hard work and dedication of Mr. Hayes’ friend Vince Inzerillo of Lewistown.

Inzerillo said his desire was to make a tribute to his dear friend at a place he had loved so much.

“He lived for football and loved it,” he said. “He made his players better people as well as better players. That’s the goal. You want to win football games, you want to play well, but you are teaching them about life and making them better people. He certainly did that. That was his coaching philosophy.” 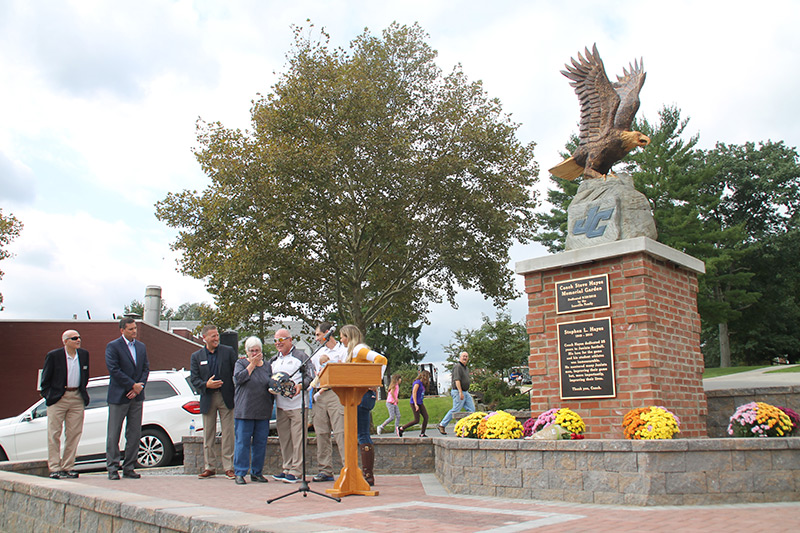 That legacy carries on in the lives of his players.

“They matured and they became great men,” said Inzerillo. “They are pillars of their communities. Winning is important, but making them better people is more important.”

Inzerillo worked with local artisan Tim Klock to design a chainsaw carving of the eagle, which sits atop a pillar surrounded by a small garden and seating area overlooking the stadium.

“I think it’s a good tribute for a man who deserved it,” he said.

Mr. Hayes’ wife, Debra; son, Jeff; daughter-in-law, Chrissy; and granddaughter, Emma, took part in the dedication ceremony and were presented with a special Eagles helmet with an “SH’ insignia on the back.

“Even as it was being constructed, my wife and I and our daughter would stop down to see the progress. He was a special guy. It turned out great. It’s amazing,” said Jeff Hayes. “He’d be proud, but he was never a person who wanted to seek attention.”

The spot is one Troha anticipates will be photographed and visited often by generations of students to come.

“I think it’s spectacular. This may become like the Nittany Lion as a picture spot,” he said. “You can see it from a lot of different angles from our campus. It’s a great testament to Steve. I appreciate Vince’s vision and generosity in making this happen.” 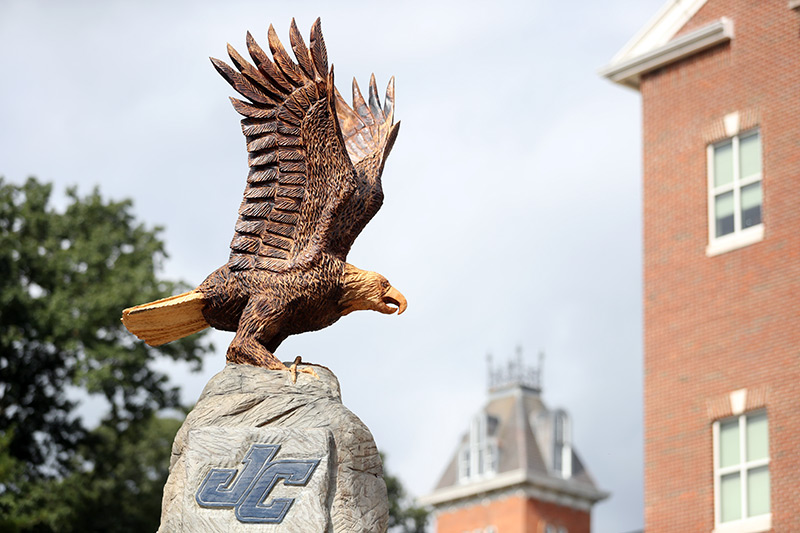